You are here: Home1 / Imagination Library Bendigo2 / About DPIL 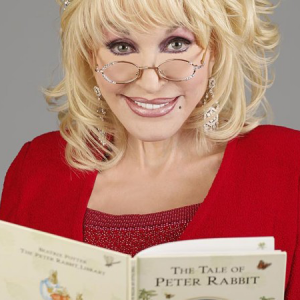 Everywhere I go, the kids call me “the book lady.”

My Imagination Library really started out as a very personal thing. Originally, it was just meant for the folks in my home county. There were no books in our house growing up, and my dad couldn’t read or write. It was a very crippling thing for him.

Growing up in the hills of East Tennessee, we were poor, but I always knew my dreams would come true. I know there are children in your community with their own dreams. They dream of becoming a doctor or an inventor or a minister. Who knows, maybe there is a little girl whose dream is to be a writer and singer.

The seeds of these dreams are often found in books. My Imagination Library is one of the most important ways I know to improve educational opportunities for children. I started by giving children in my home county a book a month from the time they were born until they started kindergarten. This way, children could learn to love books, learn to read, and enjoy some close time with their parents. It started there, before it grew all over Tennessee, then all over the United States, Canada, and the UK.

Now, we’ve brought the Imagination Library to Australia. You’ll be amazed at the impact this simple gift can have on the lives of children and their families.

A story of success

In Australia, the early signs are incredibly promising, with education experts already reporting marked improvements, and our current Dolly Parton’s Imagination Library (DPIL) programs achieving higher penetration rates than those averaged by our US counterparts. As such, we hope to see the Australian programs outperform the impressive results gained in the US in terms of significantly increasing school-readiness.

Since its inception in 1996, DPIL has reached more than 1 million children across the United States, Canada, the United Kingdom, and now Australia.

An early intervention initiative, the program is designed to build the literacy and language skills of disadvantaged and vulnerable young children before they start school, and before the lack of these basic skills can have serious impacts on their future learning and life-chances. And it’s working. From Glasgow in the UK, from Dolly’s home state of Tennessee in the US to ourselves in Greater Bendigo, studies show that the impact of book ownership and encouraging parents to read to their children cannot be overstated. Specifically, Dolly Parton’s Imagination Library is proving effective in three ways:

Parents reading to their children

Parents taking part in DPIL increase the amount of time they spend reading to their children, with between 66% and 75°/o of surveyed families participating in DPIL the United States reading more frequently to their children.2 In the UK, a survey of 500 participants found that 80% of families involved in the program now read to their children 4-5 times a week.3

DPIL reading activities are having a positive impact on early literacy and learning skills. For example, more than 70% of parents in Battle Creek reported increases in their child’s vocabulary skills.5 Likewise, in both Tennessee and Ohio, teachers found that children who participated in the DPIL program scored higher on average in their assessments than those not taking part.6 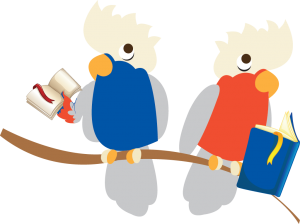